When we founded the manchester PA network, we decided that rather than make money from our hard work, we wanted to give something back to such an amazing charity - The Christie.

By our members donating a small amount to attend each event, and buying a few raffle tickets along the way, since we launched we have raised over £150,000.00

We don't think we have met one person since we set up this network that hasn't been touched by cancer and everything we do is in memory of those people who have lost their courageous battles but also to celebrate all those who have beaten cancer.

Amanda's Mum, Wendy, lost her battle with cancer in 1989 aged only 34 and after a 20 year battle with cancer, and when Amanda was just 9 years old.  Wendy under went numerous operations and treatment at The Christie and always praised their efforts for her and the family.

The Christie run various events throughout the year that people can get involved with personally, or as a corporate fundraiser, just as we are.  The Christie team always attend our events so why not take time to speak to them and find out more. 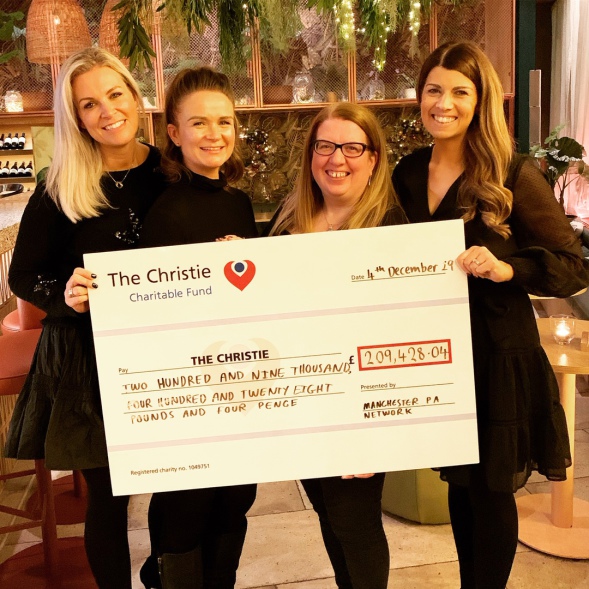 The Christie – Your Impact

As one of the largest hospital charities in the UK, The Christie charity supports the work of The Christie NHS Foundation Trust, a specialist cancer centre in Manchester.  Money raised for the charity enables the funding of projects, equipment, services and improvements so as to give patients the very best care, treatment and support possible.

Each and every supporter of the charity helps The Christie fund life-changing and potentially life-saving projects that would not be possible with NHS funds alone.  This funding could be for new treatment buildings, world-leading research programmes or specialist equipment, ensuring that The Christie is at the forefront of scientific breakthroughs and developments.

How your donations are helping change lives;

Catherine Stewart, a 40 year old doctor and a patient at The Christie, has had her life significantly extended thanks to a Christie clinical trial.  She was diagnosed with a rare form of melanoma five years ago when she was 37 weeks pregnant.  Because of her pregnancy, Catherine was unable to have the immediate treatment normally recommended and, following the birth of her son, she discovered that the cancer had spread to her lymph nodes.

Thanks to two separate clinical trials at The Christie, Catherine has received new treatments that have rapidly shrunk her tumours and allowed her to spend precious time with her son and husband.

Without the generous donations they receive, The Christie simply would not be able to run such an extensive and world-leading programme of clinical trials so it is thanks to every one of their supporters that The Christie remains at the forefront of early phase clinical trials worldwide. 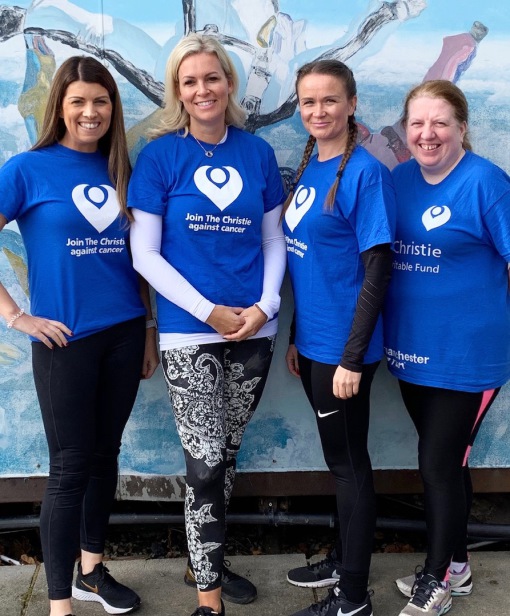 Adding leaves to the Christie Tree of Hope 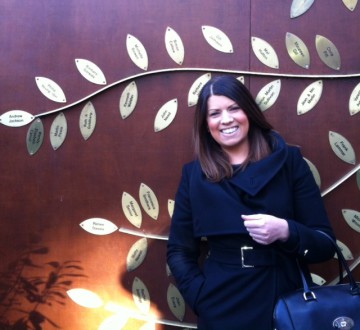 Amanda with the 1st leaf in memory of Mum Wendy 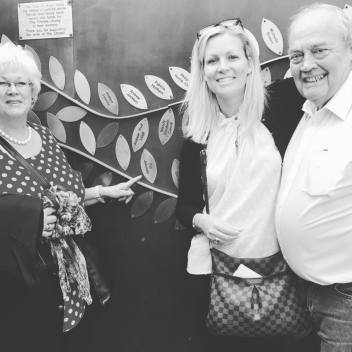 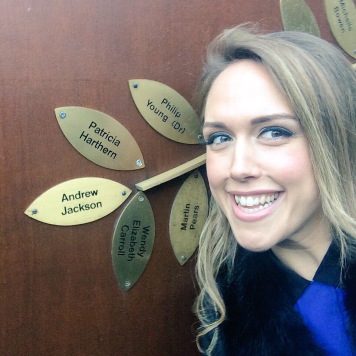 Hayley with her leaf in memory of Grandma Patricia